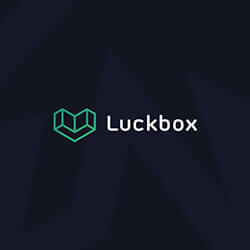 Online operator Luckbox has announced its plans to establish itself in a number of different markets around the world. This comes after the operator became the first cryptocurrency eSports betting platform to obtain a gambling licence from the Isle of Man government, giving Luckbox the chance to expand internationally.

The parent company of Luckbox, Real Time Games Holding Limited, was able to secure a full licence under the Online Gambling Regulation Act, which now allows the platform to accept in-game items, crypto, and flat currencies.

Luckbox is the creation of former PokerStars colleagues Lars Lien and Mike Stevens, who announced the launch of their new platform not long after they made it clear that they intended to acquire a licence from the Isle of Man.

Lien told reporters that the licence had opened up a number of opportunities for the platform. The licence allows the duo to operate in any jurisdiction where a local licence is not required and where it is legal to do so. Lien also revealed that the platform is currently applying for more licences in other markets, such as those in the United Kingdom.

Luckbox has been in a phase of recruitment over the last few months, and in that time three former senior members of PokerStars have joined the Luckbox team. This includes Quentin martin, David Lyons, and Paul Chaloner. Lien finally added that they are not going to rush the launch, and hope to make sure the platform is complete before launching next year.