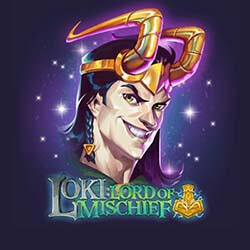 Themed slots are a great way to spend free time in a relaxing and entertaining way. And thanks to Blueprint Gaming, players now have another amazing online gaming experience to look forward to with the release of their new Loki: Lord of Mischief slot.

Played on an initial setup of 5×3 reels and 20 paylines, the game area can expand all the way up to 5×6 for extra huge bonus wins. And with an RTP of 96.00% to boot, players can look forward to regularly bagging potentially life-changing wins.

Features have been included galore, with one of the game’s highlight features being a Mystery Symbol starring Lord of Mischief Loki himself. Landing the Mystery Symbol is used to add more Cash symbols to the game area, which symbols are the key to unlocking the Lux Reels feature that expands the reel-set.

There’s also a Super Lux Reels feature, which will make space for up to 5x Multipliers being applied to all wins, as well as bigger cash prizes all around. What’s more, the special reel expansion features can be bought by players not wanting to bank it all on luck. Three different varieties are included: