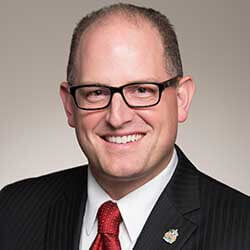 Mayor Dilkens, the mayor of Windsor, has announced his offer of help to unions who are currently striking in the city due to contractual disagreements with casinos in the area, particularly with Caesars Windsor.

The mayor has told reporters that he is currently in contact with both the leaders of the unions and the management of the casinos, and wishes to see the strikes resolved as soon as possible.

He went on to say that he has offered his assistance to both parties involved in the strike, and that if there was any role he could fulfil to help the negotiations, he would be prepared to try his best to solve all the issues plaguing the two groups. He continued by saying that both management and the unions so far have said that the city does not have to become involved yet, and that it was a private issues that both had to deal with in their own time.

The strike has waged on for seven weeks so far. There have been attempts at negotiations twice between union workers and the casino, but both times the negotiations fell through as workers decided against the agreements offered by the Casio.

The mayor has said that the issue is internal, and that he understands why the 500 workers on strike decided against the negotiated contract offers. His concern lies with the families of the workers, who have been forced to subsist on strike pay.