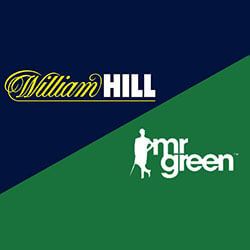 British-based international gambling operator William Hill has recently announced that it has received the necessary approvals from competition authorities to purchase online and betting company Mr Green & co AB for SEK2.6 billion. MRG has until the 17th of January to accept the recommended cash offer, which William Hill added as part of their public statement.

The British gambling company made the takeover bid at the end of last year during the month of October, and it announced that it was seeking to take over its fellow operator in a deal that was recommended by the operator’s shareholders. The company plans to make the purchase in cash for MRG’s shares.

With the approval from competition authorities in all necessary jurisdictions, the transaction has been deemed no longer conditional upon any approval from authorities. William Hill has also cited a number of reasons as to why they have decided to approach MRG with their takeover offer, but their efforts to reduce exposure in the market is one of the more important factors that the operator has considered. William Hill, alongside a number of their competitors, are preparing for a clampdown on the FOBT sector as the UK government has stated that they intend to reduce the maximum stake accepted.

William Hill, being the second largest operator of FOBT within the country may suffer the most from the clampdown and could see a severe reduction in their annual income over the next few months as the government pushes their proposal.