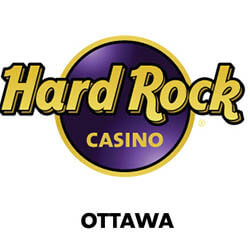 With it likely to attract players from as far north as the Ottawa River and as far east as Hawkesbury, the soon-to-be expanded Hard Rock Casino Ottawa is in a perfect position to become a real landmark for the city. The original plans for its enlargement involved an increase in construction on the northern side of the Rideau Carleton Casino, but this has been changed to the south side recently.

The reason behind this change is where adjacent access roads are located. A study investigating the impact of congestion and traffic has revealed that the augmented complex would need to connect with Earl Armstrong Road, where the prior plans saw it facing Albion Road. And although this is 100% in keeping with rezoning regulations regarding combinations of casino and family-friendly entertainment, the direction change shakes things up for the Ottawa City Council. This is due to there being no plans around major construction to Earl Armstrong Road in the works up until now.

The first traffic assessment turned out faulty because the city somehow failed to incorporate the 2 500-seater theatre and numerous restaurants included in the expansion plans. This alone would have an enormous effect on congestion in the area, with both being classified as Traffic Generators.

Every project has its own specific challenges, of course, and despite the hiccoughs already coming to light and those additionally expected in this one, the enormous expansion is expected to create huge economic benefits for the Hard Rock Casino Ottawa’s surroundings and communities and is widely welcomed.