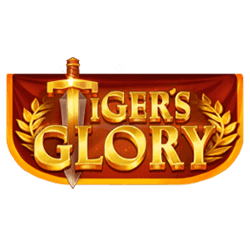 Online developers Quickspin have released another premium slot in the form of Tiger’s Glory, a game based on wild cats battling Roman gladiators across six action-packed reels. Set in the famous Coliseum, this slot sees gladiators fighting tigers in epic battles, with players standing the chance to win as much as 12000x their stakes during a single spin thanks to the Tiger Battle feature, along with a very welcoming free spins feature.

The symbols in Tiger’s Glory appear in four rows across all six reels, and winning combos are formed from left to right over the reels. Instead of the usual paylines, Quickspin has instead opted to add 4096 ways for players to win at the game. The reels themselves are based on traditional Roman architecture on top of the dramatic soundtrack that plays during the battles.

Playing card icons are carved into marble slabs on the reels that are there to help with smaller wins, while bigger wins come in the form of four Roman gladiators who step into the den to land some winning combinations. The tiger is the most valuable symbol in the game, and offers a 10x stake if the is able to land one tiger on each reel.

Along with this, there is a laurel wreath wild that can be used as a substitute for all of the other standard symbols in the game. The only symbol the wild can’t substitute for is the scatter, which is also sued to trigger the Tiger Battle free spins round.