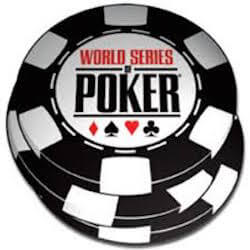 It’s official: the Seminole Hard Rock Hotel & Casino in tropical paradise Florida is next in line to host the World Series Of Poker Circuit, come September 21st.  This is the very first time that the casino chain will be a partner in hosting the world-class event responsible for attracting hundreds of top Poker players from around the globe.

Surprisingly enough, the Seminole regularly hosts other premier Poker events, but never before has the World Series Of Poker Circuit graced its tables.

The Circuit will – true to tradition – make a number of stops: 13 state stops in 26 locations, to be precise.  Other high-profile stops include the IP Biloxi in Mississippi, Thunder Valley (Sacramento area), the Horseshoe Southern Indiana (Louisville) and Horseshoe Hammond in Chicago.

The stop at the Seminole Hard Rock Hotel & Casino will include a number of signature WSOPC events and will run from September 21st through October 2nd.  The pièce de résistance will no doubt be the Main event – set to start on September 29th.   The total prize money up for grabs is a very cool $1m – with each player only allowed re-entry.  To top it all off, participation does not come easy and the $1,675 buy-in price-tag is certainly not for the faint of heart.

The rules of no limit Texas hold’em govern all championship events – with but a number of preliminary events played according to other poker variants.

All circuit stops include preliminary events that award rings to worthy participants.  Since the very first World Series Of Poker Circuit in 2005, a total of 972 rings have been awarded.  A total of seven players are able to boast with having won at least 5 rings.  Maurice Hawkins is poker’s true Lord of the Rings – having secured a smashing total of 10 rings.

The Seminole Hard Rock Hotel & Casino isn’t only the largest casino in Florida and sixth-largest in the world – but it also boasts a rich and inspiring history to boot.  In 1980, Indian remains were discovered on a building site set to become home to a parking garage in downtown Tampa.  The remains were exhumed and relocated to a piece of land nearby that had been granted reservation status – all in favour of the Seminole Tribe.

The Tribe first opened a museum and later a smoke shop and a Bingo hall.  One thing led to another and eventually saw the Seminole Hard Rock Hotel & Casino opening doors in 2003.