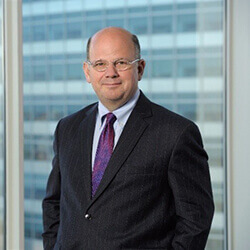 Online operator Scientific Games has strengthened its legal department with the hiring of veteran lawyer James Sottile as the new executive vice president and chief legal officer. The hiring comes at a time when the US gambling laws are currently under review.

Sottile is set to oversee Scientific Games’ legal department on a global level, and will report all information and findings to CEO and president, Barry Cottle.

Sottile has been in the legal sector for over 30 years across a number of different industries, and will be joining Scientific Games after he was appointed from global legal practice Jones Day. Sottile was a partner in Jones Day’s New York office, and has been named a notable practitioner in the past by Chambers USA America’s Leading Business Lawyer since 2005, and was recognised as one of “The Best Lawyers in America since 2011.”

Cottle told reporters that he believes Jim is an accomplished legal strategist, and a leader with much experience. He added that he was looking forward to working with the lawyer as the operator moves forward.

Sottile’s appointment also coincides with Scientific Games’ current legal battle against a court in Chicago, which ordered the operator to pay $315 million in fines. The court has decided that Scientific Games had started a frivolous patent lawsuit, with their goal being to secure control of automatic card shufflers in casinos. Sottile will undoubtedly take the lead on the case as the operator hopes to dismiss the charges and the subsequent payment.