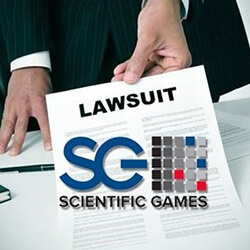 Online gaming solutions provider Scientific Games has taken legal action that could see the loss of a 9.34% stake from its third largest shareholder Sylebra Holdings. The supplier told reporters that its lawsuit is part of an investigation of Sylebra by more than 24 US and international authorities. The shareholder, which is based in Hong Kong, refused to comply with requests for disclosure submissions by regulatory bodies from across the industry.

The lawsuit has stated that investigators found Sylebra owns a large stake in a Russian corporation that has alleged ties with illegal gaming, along with money laundering and financial support for terrorist organisations based within the country. A spokesperson from Scientific Games stated that Scientific Games takes their obligation to maintain a high standard seriously, along with their standard of integrity and transparency with their regulators across the United States and the world.

They continued, stating that despite efforts and their requests for information from Sylebra, over the identities of its beneficial owners, the shareholder has remained silent, and has manipulated the regulatory system by timing their disclosure of information while making use of procedural mechanisms to prevent any order requiring that it turn over the information.

Scientific Game’s lawsuit hopes to acquire a court ruling that would compel Sylebra to provide all the information they seek, and if the shareholder continues to resist, the supplier may declare the company a disqualified holder under its own corporate by-laws, forcing the stake to be given up.