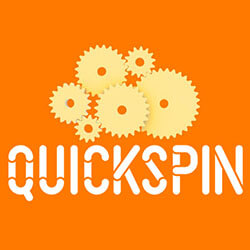 Slots specialist Quickspin announced last year that they were working on a new tool to add to their ever-growing library of games. The Playtech Group operator has recently revealed the launch of its latest player retention tool: Quickspin Challenges.

Challenges has been designed as a layer retention tool that is available to developers and casino operators. It allows for an immersive level of gameplay for players, and can be layered onto other existing Quickspin slot games.

Much of the emphasis of development has been placed on making the system as engaging as possible, according a press release that was a part of the tools launched. Challenges will be presented as a bonus mini game that will be displayed on top of their other, original titles, that will provide an additional series of features meant to keep the player engaged in whichever title they are playing.

Once the mechanic has been activated, the player will need to guide an in-title character through a maze in order to win a large final prize. Along the way, the player will also be able to unlock a series of smaller prizes and modifiers, which will be generated at random. If the player is unable to reach the final part of the maze, they can still make use of the smaller prizes that they pick up as they play. Quickspin CEO Daniel Lindberg has stated that they are thrilled with the new tool, and that his team had focussed on adding extra excitement to games.