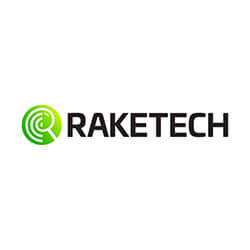 Online content marketing operator Raketech has reported a year on year decline in their profits for 2018 despite a 49% increase in their overall revenue. Revenue for the period of 12 months leading the end of December of last year came to $29 million in total, which is up 49% as compared to the previous year, which was largely down to organic growth, which account for 29.9% by the end of the fiscal year.

Raketech has stated that the positive revenue growth was seen throughout all of their divisions, which included their core existing assets, as well as their development hub, Raketech Lab, as well as newly acquired assets. Customers making a deposit for the first time also increase by 48.2% from 67193 to 99599. Despite this, operating expenses were also up significantly, with the operator spending €14.4 million, compared to €8.3 million for the year previously.

Direct expenses had also risen up from €900,00 in 2017 to €2.1 million, which was mainly due their higher spending on hosting, domain, development, and external SEO expenses. Raketech has stated that this increase in cost is n line with their continuing strategy to capitalise on its scalable model, which is being driven internally by its developed data-warehouse. Employee benefits expenses also saw a sharp rise, which increase from €3.5 million to €4.8 million. The latter of these expenses was €1.5 million related to the business’ listing itself on the Nasdaq First North Premier, looking to increase investment potential.