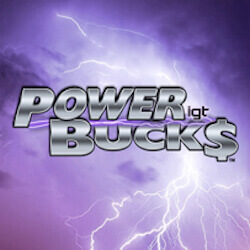 The two players won the jackpot within a week of each other. They managed to take home CA$ 2.2 million between the two of them. The first win was recorded by the Societe des Casinos du Quebec for the government-sanctioned site Espacejeux.

This site is a subsidiary of the regional gaming power, Lotto Quebec and awarded the first massive CA$ 1000 000 win on the 17th. Fast forward to a few days later on the 24th when another player won a record amount, again at Espacejeux. This time totalling over CA$ 1 200 000. Each win broke the site’s payout records and the site has been abuzz with the news.

Both players won their jackpots on the IGT game Crown of Egypt that forms part of the PowerBucks network. PowerBucks has been a hit with both fans and critics who praise the massive leap forward this network is for online casino gaming as well as for the industry as a whole since the logistics and planning needed to construct this massive cross channel; network have been immense. IGT has full right to be very proud of themselves for pulling off such an amazing feat.

The Slot Game That Awarded The Win

Crown of Egypt is one of IGT’s most popular games. Egyptian themed slot games are nothing new and they have always attracted many players but the combination of features offered by Crown of Egypt has made the game irresistible to many.

Crown of Egypt was only the second IGT slot to feature the now iconic 1024 ways to pay system where players do not have to activate single paylines to stand a chance of winning a payout. The slot also includes bonuses of up to 20 free spins, Wild and Scatter icons with a maximum possible wager of 800 per spin.

The games over 95% Return to Player ratio and its full mobile compatibility has been a further driving force in this slot’s popularity with players from around the world.