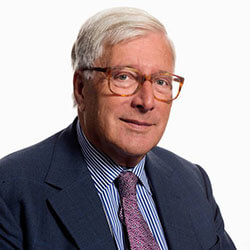 Playtech has recently announced that it is currently searching for a new chairman to take over from Alan Jackson, who has confirmed that he will be leaving the business, all of which was announced at the company’s annual general meeting. The news follows the recent appointment of a series of non-executive directors over the last year, which included former chief of Sportech, Ian Penrose.

Talking about their search for a new chairman, Penrose told reporters that with all the appointments in place across the board, which was originally led by Alan Jackson, they intent on turning their attention to overseeing thorough succession plans to help identify a new chairman, which would allow for a period of integration and stability.

Jackson served as the chairman for the company since 2013, but more recently his leadership has come under fire as the gaming giant has seen increasing calls to keep CEO Mor Weizer’s pay in check, which many of the shareholders view as excessive. Dissatisfaction among the shareholders has also been growing in the last few years as profits for the operator have taken a downturn thanks to slow growth in the grey and Asian markets.

Despite this, Playtech has reaffirmed that it’s still on track to meet its full year guidance, and that they have made progression executing their strategy in increase growths in all markets. They also stated that revenue from regulated markets were in line with reports that were released at the beginning of the year.