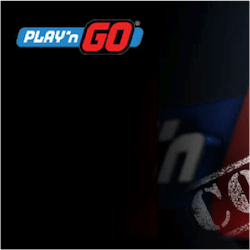 The Play ‘N Go brand has become synonymous with outstanding graphics – probably the most important feature when designing a top-notch casino game.  The company prides itself on the fact that it has gone from a gaggle of computer geeks making a living as lowly consultants to a talented team of gaming professionals.

Few people realise that Play ‘N Go was the very first online game developer to have ventured into the world of mobile.  The team is based in Sweden – with satellite offices in Hungary.  They hold software development licenses in Italy, the United Kingdom, Belgium, Denmark, Malta, Gibraltar and Alderney.  Well versed in the mumbo and jumbo of the legal considerations of various jurisdictions, they are able to develop custom-made gaming solutions for just about every which need out there.

Besides doing benchmark development for others, Play ‘N Go has also developed an impressive portfolio of their own games – the newest one off of the production line being the “Mermaid’s Diamonds” slot game.

September has brought along with it a flood of new game releases – and it’s not bound to slow down anytime soon.  Play ‘N Go is the latest online casino game developer to announce a new product with the release of Mermaid’s Diamonds.

The desktop as well as the mobile version is due for official release on September 12.

As the name suggests, the scene is set in an underwater wonderland and players are lured into a magical treasure hunt.  The game functions at a not-too-shabby 96.5 return to player ratio and players are afforded 720 ways to win when matching symbols on adjacent wheels. The 720 system has become increasingly more popular since first implementation.

The five reels seem to be afloat in a world filled with colourful coral and a variety of sea life.  The reels are constructed in a rather unusual 3-4-5-4-3 pattern – a necessary structure in order to mathematically achieve the 720 effect.

The reels play from right to left, with the Mermaid wild appearing on Reel 3 the only stacked symbol in the game.   Treasure is to be found everywhere – the diamond (in oyster shell, of course), ruby, sapphire and emerald are just a few of the luxurious treasures to make their appearance in the way of the game’s symbols.

The game’s bonus round is activated by landing a scatter symbol on each of the 5 reels.  The pick-a-symbol function will reveal your prize – anything from 10 to 25 free games.