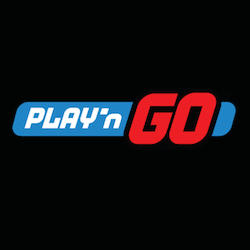 Play n Go have not been resting on their laurels after 2018 kicked off. The developer has been busy signing new deals and planning new slot releases.

Their main focus will be on the upcoming Global Gaming Awards in London, but in the mean time they are securing the company’s future with new licensing opportunities and new content provider deals.

It was announced this week that Play n Go has successfully applied for a licence and certification as a supplier in both Columbia and Spain. This marks the company’s expansion into Latin America as global gambling markets expand.

This opens up Play n Go’s amazing library of games to local online casino operators. While Colombia is still finding its feet with regards to growth, customer base and regulation, Spain has fast become one of Europe biggest and most reliable markets.

This marks the continuation of Play n Go’s expansion drive. They already have a presence in Romania, Croatia, Denmark and many more countries from across the globe.

Sissel Weitzhandler, the group compliance manager at Play n Go commented on how Spain and Columbia have quite different regulatory environments which meant that Play n Go had to make a strong push to gain their certification, She furthers stated that it speaks volumes about Play n Go that they managed to pass the rigorous requirements to become a supplier in these countries.

Play n Go have also made a purchase this month. They have incorporated Proactive Gaming, a Scandinavian developer and are planning to add their library of games to Play n Go’s portfolio. The company is hoping to expand their gaming offerings. They will use Proactive’s expertise to bring out specially designed Keno games, scratch card games as well as poker titles which Play n Go have been hinting at expanding into.

Play n Go will have their new games and Omni Channel software on display at stand number N3-460 at the Global Gaming Awards in London at the end of February. The event also sees Play n Go nominated in a few categories including Game of the Year and Provider of the Year.

Despite regulatory bodies around the world becoming stricter, we are still seeing rapid growth on most jurisdictions. Play n Go is setting themselves up for a successful few year with their fresh new deals signed this year.