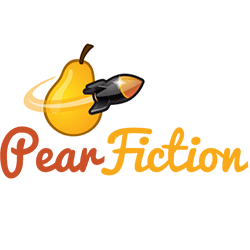 PearFiction Studios, the online games developer based in Montreal, not too long ago agreed to a four-game licensing deal with Leander Games, and independent gaming company based in Buenos Aires, Argentina.

Via this exclusive deal, games from PearFiction Studios, including Pugs Life, Gustave El Luchador, Outerspace Invaders, and Fish N Chips, will join the catalogue of games available on the Leander LeGa platform, licensed by the Alderney Gaming Control Commission as well as the UK Gambling Commission. Leander licensees will be able to access these titles for a total of 12 months.

Chief Executive for Leander, Steven Matsell, commented on the content deal in a news release, saying that PearFicton Studios is an up-and-coming studio that has been developing state-of-the-art games for casinos that feature playful, unique themes. He went on to say that the humourous storylines leading the games providing extra enjoyment for players enjoying their slots titles.

Matsell said that the first game being delivered by PearFiction would be Gustavo El Luchador, and explained the game as following the character Gustavo as he pursued his dreams of becoming a champion lucha libre wrestler. Gustavo, however, stands only four feet tall, and only weighs in at 80 pounds, so the odds are stacked against him -to say the least!

Chief Executive Officer for PearFiction, Thierry Semoff, in turn stated that his company was thrilled to have signed its first game deal, and very proud to become part of the Leander Games Partners Portfolio.