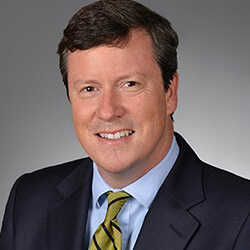 Multinational online payments operator Paysafe Group has recently announced that Philip McHugh will be taking over the role of chief executive, which he will be taking over from Joel Leonoff. McHugh will be joining the company from Total System Services, where he had worked as the senior executive vice president as well as president of the credit card processes, bank credit card issuer merchant, ant merchant acquirer, where he had held his position since 2017.

He had previously spent more than six years at Barclays, based within London, where he held a role as the global chief financial officer of Barclaycard, along with being CEO of Barclaycard Business Solutions.

Talking about his new appointment, Paysafe board chair Stuart Harvey Jr stated that they are delighted to have someone like Philip taking on the role of their new CEO, and that his focus on serving customers and proven ability to drive operations within complex financial organisations has led to a number of strong results throughout his career so far. He added that this track record combined with his approach to financials will prove to be invaluable as they continue to advance the company’s strategies.

As McHugh takes over the role, Leonoff will be shifting to the position of vice chairman of the board, and will remain involved with the development of the operator’s corporate strategy. Leonoff founded Optimal Payments, the business that eventually evolved into the PaySafe Group, in 1997, and served as the CEO since 2008.