Paddy Power Betfair Ready for US 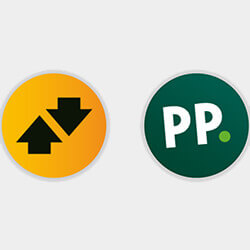 Chief executive of Paddy Power Betfair, Peter Jackson, has told reporters that the operator is ready to launch in the US during the year. The CEO insists that they will be able to move quickly into a large scale operation within the country. The announcement came after it was learnt that the operator’s revenue had increased by 20% during its second quarter.

The company’s second quarter results were boosted by the FIFA World Cup, which was a stark contrast to the weaker revenue that the company suffered during the first quarter. The operator has seen some growth as compared to last year, with a 9% increase before the World Cup pushed that figure up to 13%.

The biggest news of the second quarter, however, came in the form of the completion of the deal to acquire US fantasy sports operator FanDuel. The takeover was completed during July toward the end of the second quarter. Jackson explained that earnings showed that the operator’s optimism is justified, and that they are expecting the growth to continue thanks to their established presence within the US market.

Jackson also believes that his company will have a different market in the US, especially in terms of sports betting and free-to-play games that have become more popular among American bettors.