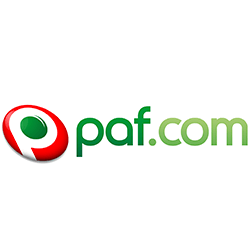 Aland Islands-based iGaming operator Paf has announced that the introduction of compulsory customer loss limits on all of its online gaming services is the main reason for their decline in revenue and profit for the 2019 fiscal period. Group revenue for the 12 months leading to the end of December came to a total of €111.8 million, which was down from €116.5 million from the previous year.

The company stated that this was mainly due to lower revenue from its online businesses, which had fallen from €84.5 million to €80.0 million due to the restriction limits, which first came in effect at the end of September last year. The limits, that were introduced voluntarily by the operator, limit how much money online players are able to lose over a 12 month period. Paf had acknowledged that it was going to have a negative impact on revenue from the start, but was implemented regardless in order to offer a more responsible and acceptable gaming product.

Revenue from their land and ships arm, which has not been impact from the new limits, remained even at €31.8 million, which was slightly lower compared to last year, which totalled at €31.9 million. They were able, however to offset some of the decline by cutting back on their overall spending for 2018, with costs seeing a drop from €32.9 million to €28.5 million. The direct costs of the business fell by €1.2 million in total.