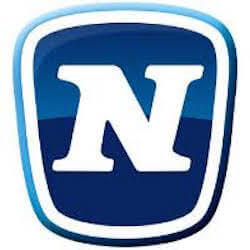 Ainsworth Purchase By Novomatic Given Go Ahead

It has been a two year legal process but Novomatic has finally been given the go ahead to complete their purchase of Ainsworth Game Technologies. Harald Neumann the chief exec for Novomatic announced the approval of the deal last week after regulatory approval was granted.

This deal received heavy scrutiny from regulators across the world, from South America to Australia, as many insiders worried that these two gaming entities could potentially hurt competition and industry growth if they merge.

It speaks to the company’s standards and reputation that they managed to pass the regulatory oversights. This deal was started two years ago when the owner of AGT, Len Ainsworth, wanted to sell his majority share in his company. Novomatic jumped at the chance, as this acquisition would see the company grow its American footprint by 10% over the next few years.

Ainsworth have a big presence in the US thanks to their land based casino gaming business. Many companies are grabbing any foothold in the US that they can as many industry insiders feel that gambling reform is on the increases in the US as more and more states fight for their right to offer online gambling services. This move by Novomatic could pay off hugely for them.

That said, Ainsworth has seen some poor fiscal performance this year, blamed in part on the regulatory reforms being undertaken in Australia.

There has been a severe crackdown on online gambling in the country dampening any plans Ainsworth may have had to expand their online empire in their home country.

A Drop In Land Based Hardware Sales

Another big hit the company took was much lower than expected hardware sales in the Asia region. This huge yet fiercely competitive market is very inviting for all Western operators and developers but it is incredibly hard to get a foothold there. Many companies have seen potential investments evaporate before them, which would almost always lead to share prices dropping for said company.

The company has also seen sales in the US drop for the year which did not seem to adversely affect the acquisition plans by Novomatic. Companies like Scientific Games have managed to secure a large land based gaming market share in the US and Ainsworth will need to take an aggressive approach to their games as Scientific Games have rolled out some great innovations.