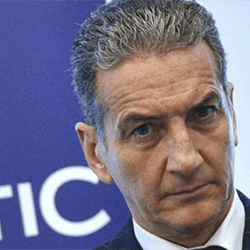 Novomatic’s Chief Executive Officer Harald Neumann has resigned from his role after almost six years. He officially stepped down from the position on the last day of February, citing family reasons for giving up his job.

Neumann will not disappear from the company entirely, however, as he is retaining his seat on their supervisory board and will consult on future projects concerning international expansion.

Shortly before standing down, Neumann spoke about industry developments in the six years he’s spent in charge of the gambling company, where he stated that research and development plays a vital role in the firm’s success. He said that in the last three years alone Novomatic has invested €300 million in the field, maintains 25 technology centres in 15 countries, and employs 1 200+ staff focusing solely on R&D.  He said that this goes far beyond just making new products and encompasses projects like the development of increasingly secure technology like biometric access systems for Novomatic hardware.

This mechanic was displayed at the recent ICE London alongside fresh brick-and-mortar casino and amusement with prizes systems and products. All of this was complemented by solutions for cash handling, online gaming, and sports betting.