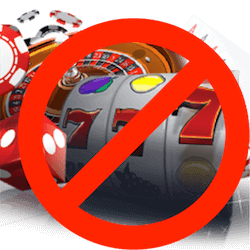 Norway and Sweden have seen increased pressure from gambling regulators on their media to curb advertising that features international operators. Both countries have a state run monopoly on gaming and they are fiercely protective of it. The public and legislators have both voted to keep the state run monopolies going, despite pressure from the EU, since the government monopolies are actually doing a very good job of keeping gamblers safe while still giving operators some freedom and general autonomy.

While countries like the UK have seen the Advertising Standard Authority crack down on operators making misleading or irresponsible ads, in Sweden and Norway state run regulators are banning advertisement all together if the operators is not locally licensed.

Norway has Norsk Tipping and Rijkstoto as their two legal operators for gambling related activity. These two entities have exclusive rights to advertise their products and service on state run broadcasting services like radio or television.

International operators have been able to circumventive this exclusivity by advertising in Norwegian TV channels that are broadcast outside of their jurisdiction. Linda Helleland, Culture minister for Norway has already stated that the government will be taking steps to remove offending ads by next year.

In Sweden, Lotteriinsopektionen, the lottery regulator asked local media publication, Metro to cease and desist placing advertisements from foreign operators. The paper now faces a $30 000 fine as this is not the first time that the regulators has asked the publication to cease advertising illegal operators.

Despite the threats however it should definitely be taken into consideration that Sweden has been eyeing gambling reform. Not only do they wish to meet EU requests but they also feel that international competition will be good for local gaming.

That said, the case for now is to keep foreign operators away at all costs. The new regulatory framework is only eyed for 2019 and even then it could take a few years to implement the necessary changes and reforms to provide an open market for Swedish gamblers. Until then, regulators will be striving to keep illegal competition out of their markets.