New The Mummy Slot By Playtech 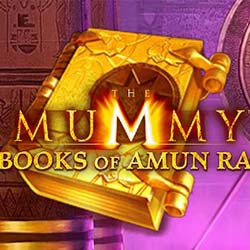 New from Playtech this month is an exiting new “Book of Ra”-style online slot called The Mummy: Books of Amun Ra, which is a sequel to the developer’s initial The Mummy slot released back in 2012.

The game features all of the characters that appeared in the original 1999 smash-hit film by the same name, including popular Hollywood actors Brendan Frasier and Arnold Vosloo. As far as brand associations go, it’s clear that a lot of effort has gone into the creation of the new title, which is exactly what we’ve come to expect from the award-winning studio.

While the original release featured 25 paylines, the latest release features only 10, and with the gaming action playing out on 5×3 reels. What has however been included so as to achieve maximum hype is a top Jackpot of up to a hot 10,000x the value of the basegame wager.

Not unlike most Book of Ra slots, the Wild and the Scatter are the same symbol. This means the bonus symbol not only doubles up by transforming into any regular symbol, but also acts as the trigger for making the Free Spins bonus round happen.

Landing between 3 and 5 Scatters from a single spin is the key to unlocking the free games bonus round. This is where things get really interesting as there are five different game rounds to choose from: