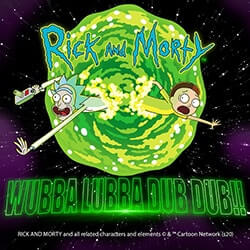 Making a grand re-entrance onto the 5×3 reels are all the main characters of the popular show – including the memorable Mr MeeSeeks, Rick, Morty, and Rick’s entire family all wrapped up into a single bonus Scatter symbol. Also included in the second instalment of the series are Wild UFO Flying Saucers, special magic crystals, and an entire host of special bonus features for the win.

Special bonus features are included a dime a dozen too – including a Pick-Me Pilot Bonus, the Mr MeeSeeks Free Games feature, the Evolution of the Pickle free games round, a Rick N Roll Mega Bucks feature boosted by Multipliers, and a Rick, Rattle & Roll feature offering humungous cash prizes to those who complete the space-mall mission.