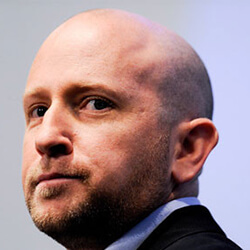 International operator 888 Holdings has recently announced that Itai Frieberger will be standing down as acting CEO, and is set to be replaced by Itai Panzer, who previously worked as the operator’s COO.

Frieberger will be departing from his CEO position at the company after having worked there for 14 years. He will, however, remain on as director for a period of up to one year. Over the last year, 888 Holding’s stock as been on a steady decline, with share value on the 21st of May at £3.24 per share, which was its highest point over the last 12 months. Share prices were reported to have dropped to around £2.24 on the 26th of September.

Frieberger, talking about his role, stated that being CEO of 888 and working with their high skilled team members has been a tremendous honour, adding that it was not an easy decision, but after many rewarding years as a senior executive, this is the right time for him to step down from the daily activities of the company.

The mid-December trading update from the operator said that they were confident that they could meet their new EBITDA target for 2018, although they omitted any specific numbers. During their half-year report, 888 admitted that it was only able report a 1% increase in-group revenue.