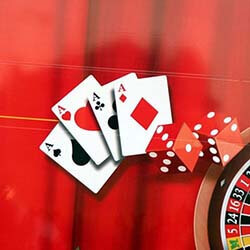 Casino revenue in the state of Nevada saw new highs in April, with a total of $953.7 million, pushing it close to the three-month $1 billion mark threshold that has been crossed consecutively in the last few months. GGR, or gross gaming revenue, saw an increase of 7.6 per cent as compared to last year, and April’s final revenue to a total of 2.8 per cent for the last 12 months.

The current highs are a rebound after Nevada saw consecutive lows from October onward due to the Las Vegas shooting.

Blackjack was among the games that produced the most revenue, with $72.3 million, a 14 per cent increased over last year. This was in stark contrast to Baccarat, which, while totalling $63.2 million in revenue, saw an 18 per cent drop when compared to April of last year.

Downtown Las Vegas proved to be the most profitable of the state, with a 15.6 per cent increase, accumulating in a GGR of $60.38 million. As a whole, Clark Country saw revenue from casinos increase by 8.1 per cent.

McCarran International Airport also reported strong revenue increases over April, alongside the casino report. The Las Vegas airport confirmed that 4.18 million visitors arrived and departed through the Airport during the month, which is a 3.1 per cent increase over last year.

It’s also a large increase over the amount of passengers in January, and in that time that airport has served a total of 15,831,565 people visiting the famous city, with 40 per cent of those being domestic travellers.