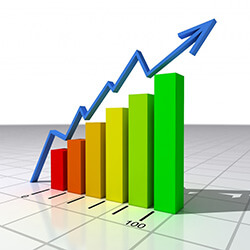 Swedish software experts NetEnt have released its entire financial breakdown for the 2019 fiscal year, and have revealed some promising results. The company’s entire revenue stream for last year has risen by 9% year on year, and has reached SEK1.7 billion for the end of the period in review.

The operator’s report has also marked a few other marks of interest. This included an EBITDA of SEK816 million, which is an increase of 10%, as well as an EBITDA margin of 46% for the financial year.

Operating earnings before interesting and tax were at SEK601 million for the firm, which has recently entered the Canadian marked thanks to a licence from British Columbia. Operating profits showed a growth rate of 3%, which an EBIT margin of 34%. Despite the growth, NetEnt did receive some less than impressive results for the end of Q4. Operating earnings before tax and interest dropped by 5% to reach SEK146 million, while their EBIT margin fell from 36% to 31% for their last financial period.

In a statement that was released with the results, Hillman stated that she wishes to tank all of the employees in her company for their invaluable contributions throughout the 2018 period, and that she and her team are now working toward another busy year, and intent to release a variety of new games, as well as further growth and new partnership, and that she knows they will offer better games in the coming year.