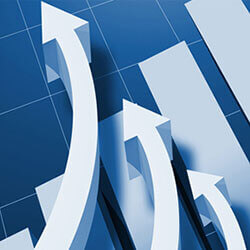 Swedish game developer and industry giant, NetEnt, has released financial statements that show a slow growth in revenue over the Q1 period, with a total of $97 million. This is a 7.6% growth increase as compared to the same numbers from last year.

Revenue for NetEnt dropped down to 5.9% during the year-on-year record from 2017, which capped at $49 million for the second quarter of this year. This was also the period where the company appointed a new CEO to take the helm in the form of Therese Hillman, who has been given the task to oversee the current growth phase of the company.

Hillman told reporters that they came up with a plan during the quarter to start taking action in certain areas of the company in order to strengthen their relationship with customers, free up vital resources for upcoming projects, and to cut lead times down as much as possible. Hillman went on to say that these changes are necessary in order for NetEnt to assert its dominance in the market, and that they are focussed on increasing efficiency within the group.

The recent financial results were hidden by the fact that a weaker overall SEK had had a positive effect on the revenues reported, as all NetEnt revenues are invoiced in in Euros, the dominant currency in the region. NetEnt has stated that it has yet to reach its revenue potential due to weak development in the UK and Nordic countries.