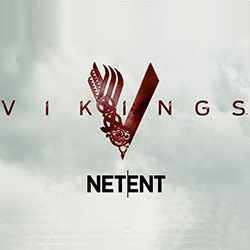 Online casino supplier NetEnt has announced the launch of its new video slot game Vikings, based off of the popular television show.

The launch was made after agreements were made with A+E networks earlier in the year. The Vikings slot features popular characters from the show, including Ragnar Lothbrok and Lagerth, as well as footage and imagery inspired by the historical series, which has recently been renewed for a sixth season.

The game will see players enter a dark and brutal world where they will be able to be part of a famous Norse clan, giving them the chance to battle for plunder. Players will be faced with a 5-reel, 3-row, 243 payline game that introduces Hotspot and Shield Wall features, along with a Raid Spins symbol that can be used to activate a Raid Spins mode. This boosts the game to a 7-reel, 5-row with 78123 paylines. Changing the mechanics of the game in entirely new ways for the player.

Bryan Upton, director of game products at NetEnt, told reporters that Vikings is an iconic franchise, and the perfect brand for them to partner with as they bring the dark world of the Vikings to slots players. He continued by saying that since they first announced their partnership at ICE earlier this year, the excitement and anticipation has been building through the year, and that everyone at NetEnt were fans of the Vikings show, and were delighted to be working with the new product.