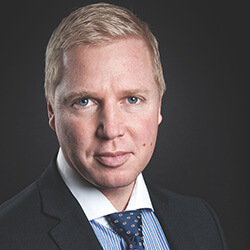 It has been confirmed that NetEnt chief operating officer Bjorn Krantz has left the slot provider after more than a decade of service. Krantz, who entered the company in August 2009, has served as managing director of his Malta business in a variety of distinct positions within the company. As managing manager of NetEnt Americas, he also led his U.S. development initiatives before being appointed chief operating officer in 2018.

He worked under three chief executives, starting with Johan Öhman, followed by Per Eriksson and then Therese Hillman, during his decade with the supplier, who recently made his first purchase with a £ 220 m agreement for Red Tiger Gaming.

In an internal email from Krantz, he said he likened his ten years with the company as “incredible, beautiful and interesting.” He added that he would be taking some time off.  Therese Hillman, chief executive of NetEnt, said Krantz chose to move forward and paid homage to this job with the company.

She stated that Bjorn had played an important role for their market expansion globally over the years, and held several different roles with the operator. She added that she wanted to sincerely thank Bjorn for his contributions, and wishes him all the best in all of his future endeavours, and that she was sure that they would be seeing each other again some in the global world of igaming. Following his departure, NetEent has announced plans to restructure its marketing, sales, and commercial teams into a single unit.