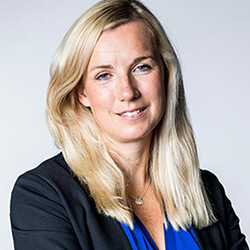 Stockholm-listed gaming supplier NetEnt has confirmed that Lars Johansson will be taking over the position of chief financial officer on a permanent basis following a four months interim where Johansson held the role.

Therese Hillman was originally in the CFO role before she was promoted to chief executive for NetEnt earlier in May this year, with Johansson joining the operator to take the newly-opened position at the beginning of September.

Johansson has spent 30 years working in a variety of management positions at both private and public companies in a number of industries, serving as senior investment director of a private equity investor Ratos before moving over to NetEnt. He also had a time acting as CEO of the business.

Earlier in his career, Johansson had served as the finance chief of Swedish airport operator Swedavia, as well as both chief operating officer and CFO of commercial television broadcaster TV4 Group. Previously, he had also overseen finance for Orc Software, later becoming their operations chief before moving on to interim CEO.

The new appointment comes after NetEnt announced that it would be cutting up to 55 jobs at its headquarters based in Stockholm. The cut back on staff is being done to free up resources for the supplier that will allow up to ramp up the development of future content. They are looking to reduce staff immediately at the office level, which will see a number of corporate staff losing their positions at the company.