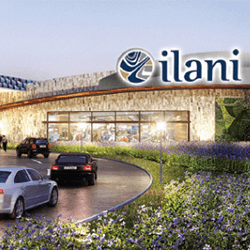 Mohegan Gaming And Entertainment’s famous ilani Casino Resort is getting a major make-over and expansion, the Connecticut-based operator has announced. Mohegan Gaming has explained the decision as the result of the company wanting to build on its recent commercial momentum in gambling witnessed in Greece and Las Vegas.

The expansion project will according to the famous operator be embarked on in business partnership alongside the Native American Cowlitz Tribe and the Howard Wright and Friedmutter Group. Upgrades will be made to the casino resort’s interior as well as its exterior appearance, and will include, among more, two brand new restaurant eateries, a massively expanded casino gaming floor, and stunning additional accommodation to be provided by an all-new massive 14-story hotel tower.

The operator group has elaborated some on the motivation behind the expansion, explaining the planned expansion to be a further extension of its existing global growth strategy, which mainly focuses on the long-term preservation and financial livelihood of the tribe itself. First completed as part of the initiative was a meeting and entertainment center, a new parking garage, and a convenient store – all part of the famous ilani resort.

Mohegan Gaming and Entertainment chief executive and president Mario Kontomerkos has expressed his delight at the planned expansion, saying that it is a thrill to be able to announce on behalf of the operator the ongoing growth of ilani. And it’s a growth process the CEO said he and the group expects will create a small fortune’s worth of exciting new amenities and entertainment offerings for future guests of the popular casino resort.

Upon completion of the project, the planned expansion will have extended ilani’s existing property size to an incredible 400,000 square feet in extent.