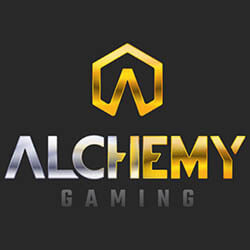 Microgaming has recently increased its network of indie games studios by welcoming their newest member, Isle of Man-based casino content provider Alchemy Gaming. The new studio has become the tenth game developer to join Microgaming’s club of creators that are set to create exclusive gaming titles of its network of operators and their many millions of players around the world. Despite Alchemy Gaming being relatively new to the scene, its team is made up of industry veterans who have brought plenty of experience and creative ideas to the table, and the hope is that they will soon start producing popular international games.

Microgaming, in a recent statement, said that it would be placing mathematics at the core of its games, and that its mission would be to create gaming experiences with a gold standard. The Alchemy Gaming team would also be focussing on “novel” visuals, features, and mechanics in their hope to increase innovation and diversity into Microgaming’s increasing games libraries.

The operator revealed that the first game to be released by Alchemy Gaming would be Wheel Of Wishes, a new online slot that is set to be released in the first quarter of next year, and will only be available across Microgaming’s large network of online operators. Their debut slot has been inspired by Arabian Nights tales, and also introduces a progress jackpot system that will be a part of Microgaming’s jackpot network, that has seen a total of 1 billion euros and counting paid out so far.