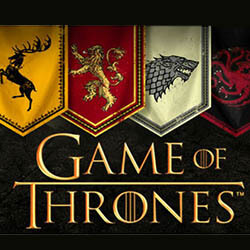 This year is going to be a big one when it comes to slots, and even more so if you’re a fan of Microgaming and Game of Thrones! The respected company has just unveiled plans to release a Power Stacks title, building on its branded relationship with HBO. The two firms have been working alongside one another since 2014 when they came together to create the first branded slot based on the hit TV show.

Slingshot Studios will be developing the new release, and it is set to feature some of the characters from the world of Westeros that viewers grew so obsessed with. Chief Commercial Officer at Microgaming Jean-Luc Ferriere commented on the news, making mention of the legion of devoted fans the record-breaking television show has managed to create. He said that his company is thrilled to be a part of making a new Game of Thrones slot that will honour the show, build on its incredible popularity, and offer people a different way to enjoy the intricate plots and storylines.

GoT is one of the world’s most beloved entertainment brands, receiving 160 Primetime Emmy Award nominations, getting 59 wins, garnering seven Golden Globe Award nominations, and winning one over the eight seasons it was on the air. Almost 20 million people watched the season finale and a range of officially licensed products have sprung up in its wake, including the original slot Game of Thrones, available with either 15 or 243 paylines.