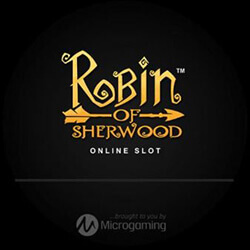 Microgaming, one of the biggest names in the online casino industry, has recently announced a series of restructures, including changing the name of the company, and appointing a new CEO to take over. Not long after, the operator released a new slot to the market, which has been met with a number of positive reviews.

Being one of the biggest brands in the world, Microgaming had no problems providing their latest slot, Robin Hood of Sherwood to players, showing that the industry giant is still able to produce games despite the current restructuring that’s currently going through.

Alongside the slot, Microgaming also made some changes to the platform that it uses to distribute its software. Previously known as Microgaming Software Systems Limited, they have since changed the name to Apricot Investments. The name came about after they made it clear that they intend to expand their reach in both the public and private domains. Their subsidiary, Oakwood Limited, has also had its name changed to Quickfire Limited, which will continue to trade as Microgaming.

Apricot Investments appointed a new executive chairman, Roger Raatgever, who was previously the chief executive officer of MSSL for 17 years. John Coleman will be taking over as CEO of Microgaming, and has been an important figure in Microgaming. Coleman has seen Microgaming through some of the best years so far since it was first started, and many believe that he will continue to provide the company with strong support.