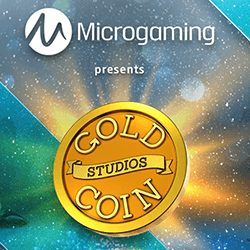 Microgaming has announced that it will be teaming up with Gold Coin Studios. Based in Reno, the studio will be tasked with helping Microgaming produce fresh, new and exciting online casino content.

Since its launch in 2018, Gold Coin Studios has released plenty of games on the Microgaming platform. The first one of these was Arthur’s Gold, which is based on the medieval legend. This was released in 2018 and was followed by the underwater adventure “Aquatic Treasures”, as well as Bushi Sushi and Animals of Africa.

The partnership between the two is an exciting one. Microgaming is well-respected within the industry and has earned itself the reputation of industry leader. Gold Coin Studios, on the other hand, is up and coming, and well-known for its innovative gaming platforms.

John Duffy, CEO of Gold Coin, said that everyone at the firm is thrilled to be able to continue working with Microgaming. He said that with the company’s extensive experience, they have an exciting base to work from. Duffy concluded by saying that the firm cannot wait to share what they have been working on.

Andrew Booth, Microgaming’s Director of Games, said that Gold Coin has already produced some great games over the past year. On 20 may, the studio released Silver Seas, a pirate adventure. On 8 July, it will release Treasure Tracks. More games are expected to follow in the second half of 2021.