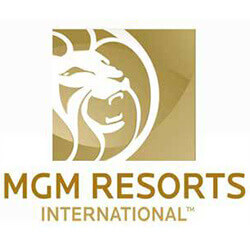 Strikes in Las Vegas have been looming on the horizon for some time now, as workers from the culinary industry demand better wages from the casinos they work for. After some negotiations, Local 226 of the Culinary Workers Union has allegedly reach a tentative agreement with MGM Resorts International, only a day after closing a similar deal with MGM’s rivals, Caesars Entertainment Corporation.

Local radio broadcaster KDWN told reporters that the trade union has teamed up with a Local 165 branch that belonged to the Bartenders Union just a month ago, and both parties threatened a city-wide strike against both Caesars and MGM. It would have been the first large-scale strike in the city since 1984, and was projected to lose the casinos up to $10 million per day.

The threat came after the Unions and casinos were unable to come to an agreement on a 5-year contract, with many in the Unions believing that wages were too low. If the strike had continued as planned, over 25000 workers would take to the streets, made up of cooks, housekeepers, bartenders, bellhops, and porters. While it would not have ground the city to a halt, it would have hit the casinos extremely hard, forcing them to cancel all upcoming performances and shows.

The recent deals made by the two parties means that the chance of a strike is now much lower, and gives them time to reach a final agreement that works for both the casinos and workers.