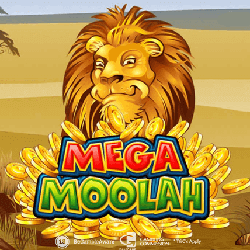 Microgaming’s famous progressive online slot Mega Moolah paid out a massive £2,772,916.45 jackpot to a lucky player in the United Kingdom. The player, who wishes to remain anonymous, won the massive jackpot in early November after placing down a £7.25 bet. The big payout had been triggered at the online casino that was been playing at, and, like all of the payouts from Microgaming’s progressive jackpot network, the prize will be awarded as a total lump sum, and will not be paid over an extended amount of time.

November marked the month that Mega Moolah celebrated its 13th anniversary since the record-breaking network was first launched as far back as 2006. So far in 2019, the online content provider’s progressive jackpot network has awarded over £121 million in total across a total of 1.7 million jackpots. Over 10 winners were able to take home either eight figure or seven figure winnings during the period so far, which equates to over 50 million in winnings, with more than 570 players from around the country earning over 10000 or more for the year.

Talking about the big win, Andrew Clucas, the chief operating officer at Microgaming, sent his congratulations to the lucky player for his life-changing fortune. He stated that Mega Moolah has once again delivered a great payout, and that their industry-leading progressive jackpot network has since paid out almost one billion pounds since it was first launched.