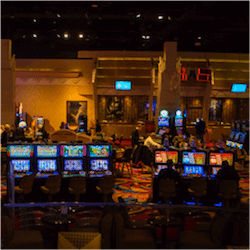 No New Casino For Maine

Despite a massive marketing push and millions invested into the campaign, a bid for a third land-based casino to be constructed in Maine was widely rejected by Maine voters. Appearing on a ballot, the vote for the casino appeared as Question 1 but the wording of the question already raised many eyebrows as it essentially gave Shawn Scott, the businessman and mastermind behind the campaign, exclusive rights to bid for the casino contract.

Louis Luchini, the democratic representative for the town of Ellsworth applauded the public decision. She instigated an investigation against Scott, partly on the grounds that he is from out of state so by proxy would not have the state’s best interests at heart or in the very least keep the funds generated in the state remaining in the state.

The Maine Governor, Paul LePage, also echoed these sentiments. He said that the proponents of the campaign did not have the state’s interests at heart. He criticised the money spent on the campaign as well as the fact that the campaign essentially pushed to prevent the casino bidding process from being fair and open.

He went on to say that this was essentially a case of big money from out of state attempting to manipulate and strong-arm voters into getting them a lucrative contract which they will simply exploit and bring no benefits to the voters. He also highlighted that there is already an existing casino industry in the state and the addition of this third casino in York County would, rather than generate new income, simply draw away funds from the other two casinos, diluting the benefits to the state.

The campaign for the casino spent $10 million on marketing and to qualify for the ballot. This was a record breaking amount, marking the most money that has been spent on any ballot initiative n Maine. $3.2 million of that was spent in the days leading to the important vote in advertising across all media platforms.

The advertising campaign was managed by Goddard Gunster, a firm that was also involved in influencing the controversial Brexit campaign, which lead to the eventual dissolution of the UK’s relationship with the European Union that has had a catastrophic impact on European unity. The opposition campaign, called A Bad Deal For Maine by contrast only spent a reported $660 000 yet walked away with 80% of the vote.