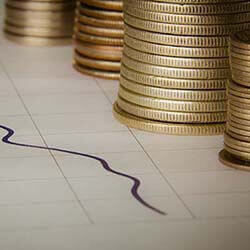 Macau is currently the largest online casino gaming market in the world, and its growth has been rising steadily over the last few years, indicating that the gaming scene in the country has a long and bright future ahead of it.

The gross domestic product of Macau showed a growth of 9.2 per cent in the first quarter of the year so far as compared to the same period of time last year.

Macau’s Statistic and Census Service stated that the 9.2 per cent increase was an even greater growth rate than what was recorded in the fourth quarter of 2017. They believe that the expansions they have been witnessing in the GDP is due to a rise in tourism in the country, as well as their exports of gaming services.

Macau lists casino revenues as an export of the country when they calculate their overall GDP, since most of the casino patrons in the country are there from a different country. Government officials believe that gaming patrons are the driving force behind the considerable growth that Macau has seen lately. The gaming sector itself has seen massive growth at 16.5 per cent as compared to last year, which is unchanged from recordings made last year.

Gaming tourism isn’t the only industry bringing in visitors from other countries, and non-gaming tourism specifically saw a growth of 19.6 per cent in total, a huge rate over what the government had seen the year before in the tourism industry.