Look Out For Furious Furry Fiends 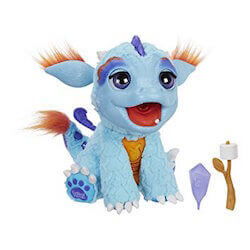 With Its 3x4x5x4x3 reel layout, Furious Furry Fiends should immediately grab slot fan’s attention. This isn’t a layout you see often. This slot was developed by The Games Company who has included a 40 payline win system, where most developers would usually add a 243 way to win style payout system to such unique reels.

The Games Company has allowed quite low minimum wagers, with players being able to start a game with just 0.40. The RTP isn’t bad, standing at a respectable 95.98%. The reels look good though with the main characters, the Furious Furry Fiends, looking great. They appear to be some kind of relative of the Muppets. Their goofy, grinning, furry faces aren’t fiendish at all. Except perhaps the yellow characters with the swarm of eyes on his face.

There are no boring low value symbols on the reels, all icons feature one of the Furry Fiends. The Games Company has done a great job on the design of this slot. It has a 3D animated look which makes it feel like you are playing a Pixar film.

If there are any complaints its the bonus features. While there is nothing missing and all the features work the way they are supposed to, it does feel like something is missing. Perhaps it would have been better to have the features be more related to the Fiends as they are the main characters here.

The bonus symbols available in this slot included a special expanding Wild that appears on a gold symbol. This icon will land on the reels and expand making each symbol it touches a wild.

There is also a regular wild which doesn’t feature the gold background, which just functions as a standard substitute symbol.

The Purple Zzzzz symbol is the Pick me bonus triggering icon. When it lands on the reels you can pick one of the furry friends to “Wake Up”.

This determines how many free spins and modifiers are awarded to you when the Detonate feature triggers.

Three bonus scatter symbols on the reels will send you to the Detonate free spin game. What is very unique about this feature is that during free games there are no paylines, instead you have a 720 ways to win system activated, making your odds of payouts even higher.

This is a cute but action packed slot from The Games Company that yet again shows what an accomplished developer they are.