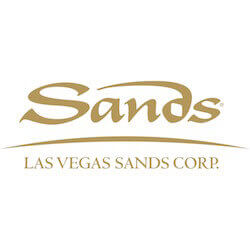 The US state of Pennsylvania is currently in a bidding process for licences for the development of 10 mini casinos. The deal is only open to the 11 operators currently functioning in the state. The term mini casino refers to a facility with a maximum of 750 slot machines and 30 tables, but operators will need to pay an additional fee of over $2 million for the licences to offer table games.

Three mini casino licences have already been sold. One was snatched up by the Mountain View Thoroughbred Racing association, one by the Stadium Casino group who also snapped up a second licence for a mini casino in Westmoreland County.

One of the biggest names in gambling, the Las Vegas Sands group failed in their bid due to a technicality which could have easily been avoided. One of the additional stipulations of the mini casinos is that they may not be within 25 square miles of another mini casino unless it is a casino owned by the licence holder.

The current premises they want to build on does not meet these requirements which means this 4th mini casino licence may go to the 2nd bidder, Parx Casino group. The Sands group already have 3 other casinos running but for another shot at a mini casino licence, they will have to reapply for the next bidding session.

In other news the US state of South Dakota have put the kibosh on casino expansion plans in the state. Senators were to see a resolution vote in November on plans to expand the casino industry in the area but the senators shot the proposal down before it has even gotten to the voting stage.

The resolution would have amended the state’s constitution to build a new facility in Yankton, but senators almost unanimously sunk the plans with a vote of 23-12 against the motion.  The plans included a hotel, casino and resort and even talks about a conference centre.

Proponents naturally pushed the potential tourism element of the casino as the county has had a tough economic time in recent years. This whole situation is further complicated by the fact that local First Nation tribes are in fact already running casinos in Yankton.

Some tribe leaders have voiced support for the project if they are to be involved in development plans but currently it is illegal for tribal casinos to operate on non tribal land. For now however the plans are not likely to see any fruition and it would be very expensive for whomever lobbied for the motion to attempt it for a second time, especially with such a clear unity amongst legislators.