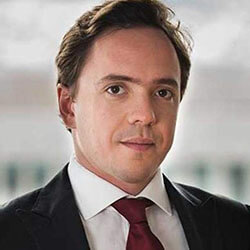 Intralot CEO Antonios Kerastaris has announced his departure from the operator and has since been replaced by Chairman, majority shareholder, and founder Sokratis Kokkalis. Kokkalis new duties will include carrying out the roles for both CEO and Chairman, while Kerastaris will be replaced by Alexandros-Stergios Manos on the board of directors.

The operators released a statement, saying that they thanked Kerastaris for his contributions over the last decades, and stating that the executive had decided to resign. The supplier has yet to release its financial results for the 2018 period, although its report for the nine-month period that ended on the 30th of September last year shows that they had only gained 1% growth for the year-on-year period.

EBITDA for the supplier had also fallen by 7% down to €114.9 million, while their net loss grow by 27% to €7.9 million for the third quarter. Intralot’s joint venture with Turkish mobile operator Turkcell was confirmed recently to have also lost control of the country’s only legal sports betting operator, Iddaa. It had been working with Iddaa previously since 2008, and it’s evidence that the operator is battling in a market that is currently being dominated by international foreign services that are becoming ever more popular.

Despite this, Intralot had some more luck in the United States where Washington DC and the DC Council awarded Intralot with exclusive rights for all mobile sports betting within the state, a boon in a growing market.