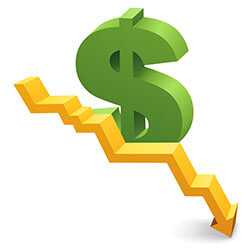 International Gaming Technology, an online gaming supplier and operator, has recently reported that a year-on-year decline of 5% in group revenue for the first quarter of the year, a result of lower revenue from their gaming operations. Total revenue for the first three months that ended on the 31st of March decline to a total of $1.14 billion. Of this, $991 million was produced by service revenue, showing a 5% decline from the first quarter of last year, while $153.9 million came from product sales, which were also down by 4%.

Most of the operator’s revenue comes from their Italian business unit, which had accounted for $437 million of the total, which is down 10% as compared to last year. This also comprised $204 million in lottery services revenue, with their total lotto wagers increasing up 5% from Q1 of 2018 to $2.14 billion. Meanwhile, Scratch and Win sales saw a decrease as a result of one fewer days of sales than in the previous year, although this has been offset by performances from their Multiplier games during the same period.

Revenue from Italian gaming service dropped by 20% to $153 million, which the operator has blamed partially on its increased taxes on amusement with prizes, along with video lottery terminals. This had been offset to some extent by improved productivity by their gaming machine, however. Their international segment saw their revenue fall by 7% compared to 2018 to a total of $172 million.