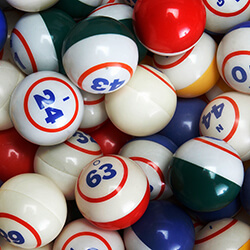 International Game Technology has recently announced the launch of their new bingo gaming platform with the Canadian lottery operator Manitoba Liquor and Lotteries. The platform will be hosted on IGT’s CrystalSlant cabinet, which is a new bingo gaming solution that has been created for MBLL specifically, and will feature live session bingo games, along with customised gaming content bundles.

Players will be given access to other games such as slots, which will include Lucky Larry’s Lobstermania 3, along with four keno games and three video poker titles. MBLL has installed a total of 500 of their new Class 3 games at its two flagship casinos in Winnipeg, which includes the Club Regent Casino and McPhillips Station Casino.

Talking about the new deal, IGT regional vice President of Canada, David Flinn stated that launching their Bingo Gaming Solution with MBLL represents an important milestone in their relationship with the solutions provider. He continued by saying that their bingo gaming services were developed for MBLL will deliver a dynamic experience for players, and leverages a range of proven game content that they bundles specifically for MBLL and the players that make use of the service.

The launch comes after IGT inked a three year extension to their partnership with Canadian lottery organisation Loto-Quebec. Under the deal, which will now run until September 2012, IGT will continue to provide their INTELLIGEN lottery system to Loto-Quebec through their IGT Canada Solutions ILC subsidiary.