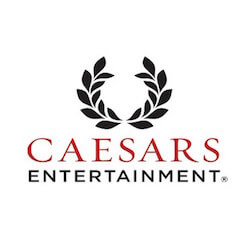 Caesars Entertainment Group, one of the biggest American gambling groups, will be making their escape from bankruptcy this week. The group filed for Chapter 11 Bankruptcy protection under US law in 2015, which allowed the company to restructure itself while protecting its assets from debtors.

Shareholders and regulators voted on the restructuring, which was a monumental task in itself. The assets and reach of the company is so diverse that there were a lot of elements to take into consideration before a final move could be made to get the company more profitable.

The biggest thorn in the company’s side was, and remains, the massive debt the company incurred after a horrendous 2008 buyout deal. TPG Capital and Apollo Global Management bought the company for $27.8 billion dollars just before the global financial recession struck. This forced the company to pour more cash into interest payments instead of making investments that could build the gaming empire and prepare it for future changes in the market.

Creditors for the company were incensed when Caesars moved their most profitable arms like the Planet Hollywood hotels into Caesars Acquisitions, while the main company filed for bankruptcy. Now finally, stakeholders have agreed on a restructuring plan for the company which will pull it out of its Bankrupt status by the fourth quarter. The proceeds from this restructuring will be used to patch up debt at two of the group’s subsidiaries, which should put the group back on the route of profitability.

Long Term Solutions Are Being Ignored

Following the restructuring approval, it was no surprise that the group will be merging with subsidiary Caesars Acquisition Co., which is currently one of its most profitable assets. Experts suspect this is to give the group access to more direct and liquid assets.

The US gaming industry has received a lot of flux this year. with the battle between land based and online casino still raging. There is tremendous kick-back from law makers and lobbying groups for land based casinos who feel that online gambling will negatively impact land based casino revenue. Recent trials in New Jersey have shown that online gaming and land based offerings can easily be combined to provide players with much more convenience and options.

The reduced cost of an online casino, while still providing thrills and immersive action, would definitely help buoy up the Caesars Group and see them gain even more market stability, but unfortunately until the American gaming laws are amended or completely changed, this will only be a dream for investors and stakeholders.