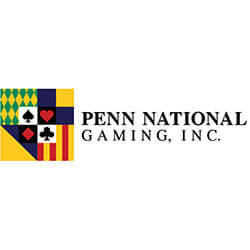 Penn National Gaming, a casino operator based in Pennsylvanian, has recently announce a big to purchases a piece of land in York County.

The operator is attempting to win over the local town by promising to look after Mifflin House, a property from the 1800s that once worked as an underground railroad, and is of significant historical value in the local area. This has come after a developer in the area announced their wish to demolish the landmark. The issue went to court after area officials denied the developer demolition permits.

Jeff Morris, a spokesman for Penn National Gaming, has told reporters, “We understand the important of Mifflin House to the community.”

The company, which owns Hollywood Casino near Harrisburg is looking to protect their hold over South Central Pennsylvania, as they currently control the gaming monopoly in the area. Their current efforts to control more land has subsequently led them to the area that Mifflin House is located in. They’ve stated their desire to protect the house from destruction, and to keep it as it is now.

Before the operator could continue with the proceedings of procuring the site, the Hellam Township committee first had to change its position on casinos. The gaming expansion was eventually signed in by Governor Tom Wolf. Hellam was just one of 936 municipalities that were to opt out of candidacy for the resolutions to be signed in. But once they hear about Penn National Gaming’s plan, they decided to remove the resolution.