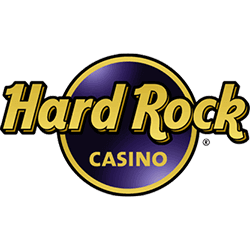 A new online casino has made its way into the New Jersey gambling market thanks to the launch of Hardrock casino, a new platform powered by Hard Rock International.

The company celebrated the opening of the new casino in Atlantic City, complete with mass guitar smashing and indoor fireworks. The Hard Rock Atlantic City venue was once the Trump Taj Mahal, and opened after receiving the green light from the state’s gaming regulators.

Not long after, Gaming Innovation Group, who are in partnership with Hard Rock International, announced that they had received the go-ahead from the New Jersey Division of Gaming Enforcement to build Hard Rock a new, real-time online casino.

Although it has not been officially opened, the site seems to already working, and offers a range of casino games, including slots and video poker, both which has been doing extremely well in the New Jersey market.

The new site offers players a live dealer experience, which they say will be broadcast live directly from the Atlantic Casino, which will be the third site in the state to do so. So far, there has been no news on the tech partner that will be providing the live dealer, but some point to Evolution Gaming, who have provided live dealing specialists to the two other popular New Jersey sites.

Gaming Innovation Group’s CEO has announced that they are delighted at the partnership, and that it’s the first step to take a bigger portion of the market.