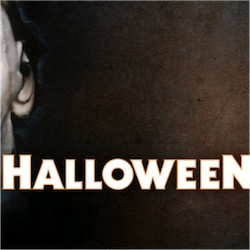 Microgaming announced that they will be released another hit slot in October based on the film Halloween. This 1978 independent film essentially defined the slasher genre that would be followed by films such as the Texas Chainsaw Massacre and Scream.

It was one of John Carpenters most influential films, made all the more poignant by the original soundtrack, scored by Carpenter as well. That iconic and supremely creepy theme song that we all love to hate also features in this new slot game, immediately making proceedings feel authentic.

October is naturally the prefect month to announce the release of this slot with All Hallows Eve falling on the last night of October and this is a great move by Microgaming. They have also done the film justice with this slot by including numerous clips and sound bites from the original movie.

The reel icons will also be instantly recognisable to fans of the film as they feature the lead characters and noteworthy objects. Each object or character is also accompanied by a short animation whenever a winning combination is formed on the reels.

One of the main unique elements that this slot brings to the table is the Wandering Reels feature. This is a special grouping together of multiple reels that can add great rewards to your session. Thesis grouping moves across the reels, adding exciting and varied action.

The Trick or Treat Wheel Bonus is the main bonus feature of the game that can lead into two potential outcomes.  You start by spinning the Trick or Treat wheel that will either give you a multiplier or a prize.

From here a player will move into the Bogeyman Bonus, which is a Pick-Me game inside the serial killer Michael Meyer’s house. The potential treasures you can uncover include multiplier and cash bonuses. The bonus game ends when you reveal Michael from one of his hiding places, ensuring a scare during each bonus game.

You can potentially also enter a Free Spins bonus game from the Trick or Treat wheel, depending on where you land on the wheel. Any of the lead characters form the film will send you to the Free Spins game. During this bonus round players will have 9 spins to take, with all of the reel symbols replaced by high value character symbols. From all indications, this looks like another solid Microgaming slot.