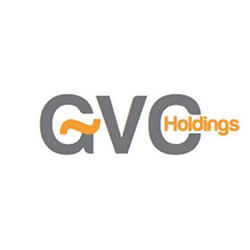 GVC Holdings has claimed that growth within its online gambling businesses is the primary reason for their 5% year on year increase in net gaming revenue for the first six months of June this year despite a decline in revenue within their retail arm in the United Kingdom. And although the operator has decided not to publish their financial results, it has revealed their total online gaming revenue saw an increase of 17% as compared to the year before.

GVC also noted that growth had occurred across all areas of their online divisions, with online revenue up by 17% while their sports betting side had increased by 18%, with online sports wagers increasing by 13% as compared to 23018. However, the news did not remain positive for their retail businesses, which includes their Coral and Ladbrokes land-based networks, with their UK retail revenue down by 10% over the last year.

It’s believed that this partly due to new regulations that were implemented by the UK for fixed odds betting terminals, with the laws coming into effect on the first of April and cutting the maximum stake on such machines almost by 100%.

The first half results were also boosted by stronger performance in their online arm for the second quarter, where they reported a total net gaming revenue increase of 3% year on year. Chief executive Kenny Alexander has remained optimistic about their UK retail ventures, saying that he believes they can increase market share.